I met Tim and Chloe as a referral from two previous wedding couples, which is always an honor!

How they met
Tim and Chloe met while both working summer jobs at Radnor Lake State Park, in Nashville, TN. Tim had just finished his freshman year of college and Chloe was just about to start college. On Chloe’s first day, her and Tim were working at the boat house together, which started as small talk to just pass the time, turned into hours of meaningful conversation.
After work they went out fishing, Tim says” when Chloe put her own worm on a hook, he knew she was his future wife, little did he know she was putting on an act to impress him and that would be the first and last worm she ever put on a hook . The next day the went on a picnic that Chloe had prepared, and Tim asked her to be his girlfriend.

They continued to date and see each other almost every day while on summer break, and when Chloe went back to college Tim visited her every weekend! They dated several years before Tim proposed, he wanted to wait until they both had finished college.

On October 14th 2018, Tim and Chloe went hiking at Falls Creek Falls, they were skipping stones and hiking down the river, when they reached the falls, Tim proposed in a traditional fashion, down on one knee with the ring in hand. Chloe was so excited she forgot to say yes, so Tim asked her again, this time she screamed YES as loud as she could!

We chose to do their engagement session early spring at Centennial Park in Nashville, Chloe loves spring flowers and the cherry blossoms were in full bloom and we even spotted a field of daffodils and tulips! As we walked around and chatted during their session, it was quite apparent to me that they were genuinely in love, Tim even stopped and picked a flower to put in Chloe’s hair.
I wish nothing but the best for Tim and Chloe, and I am looking forward to capturing their wedding later this year. 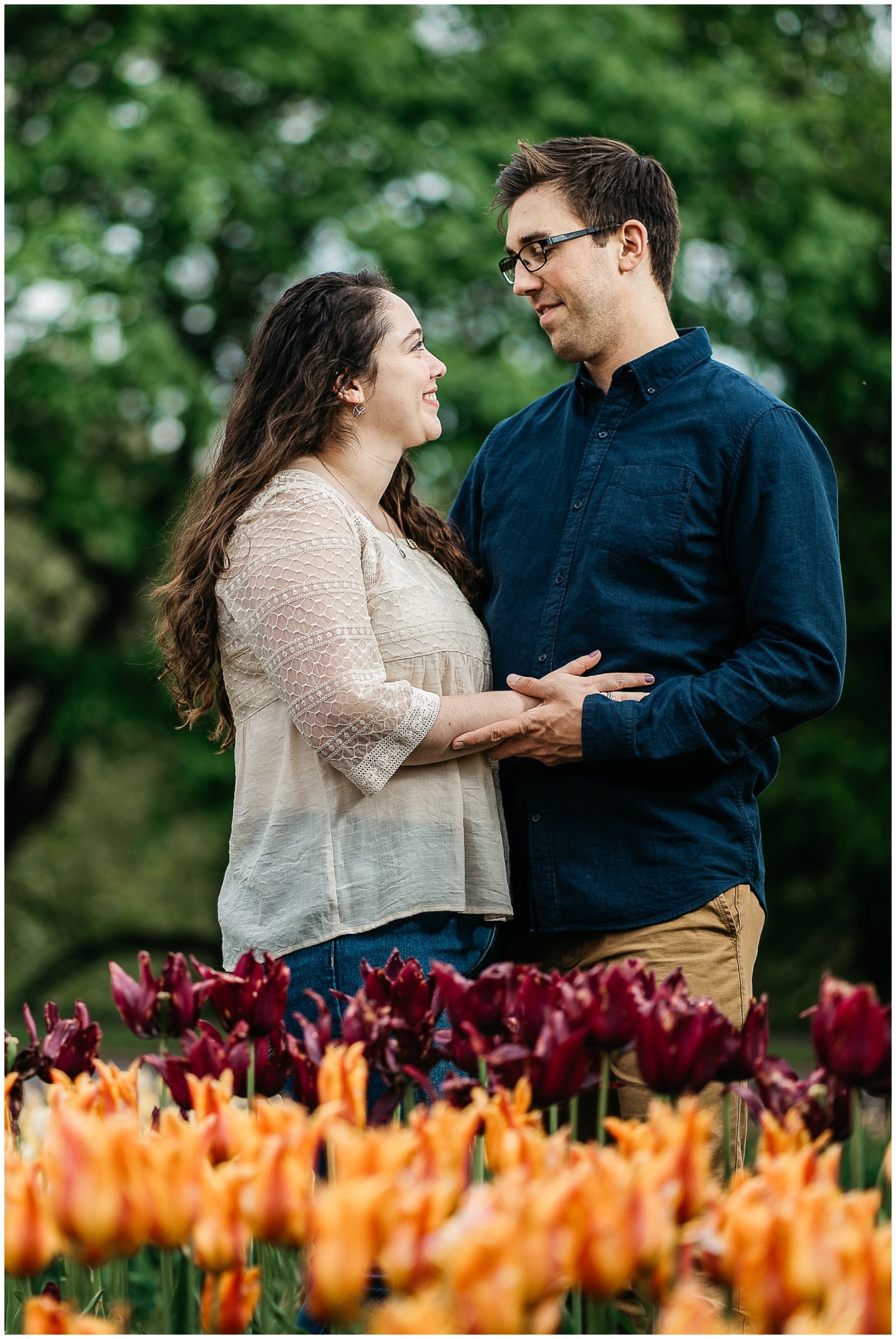 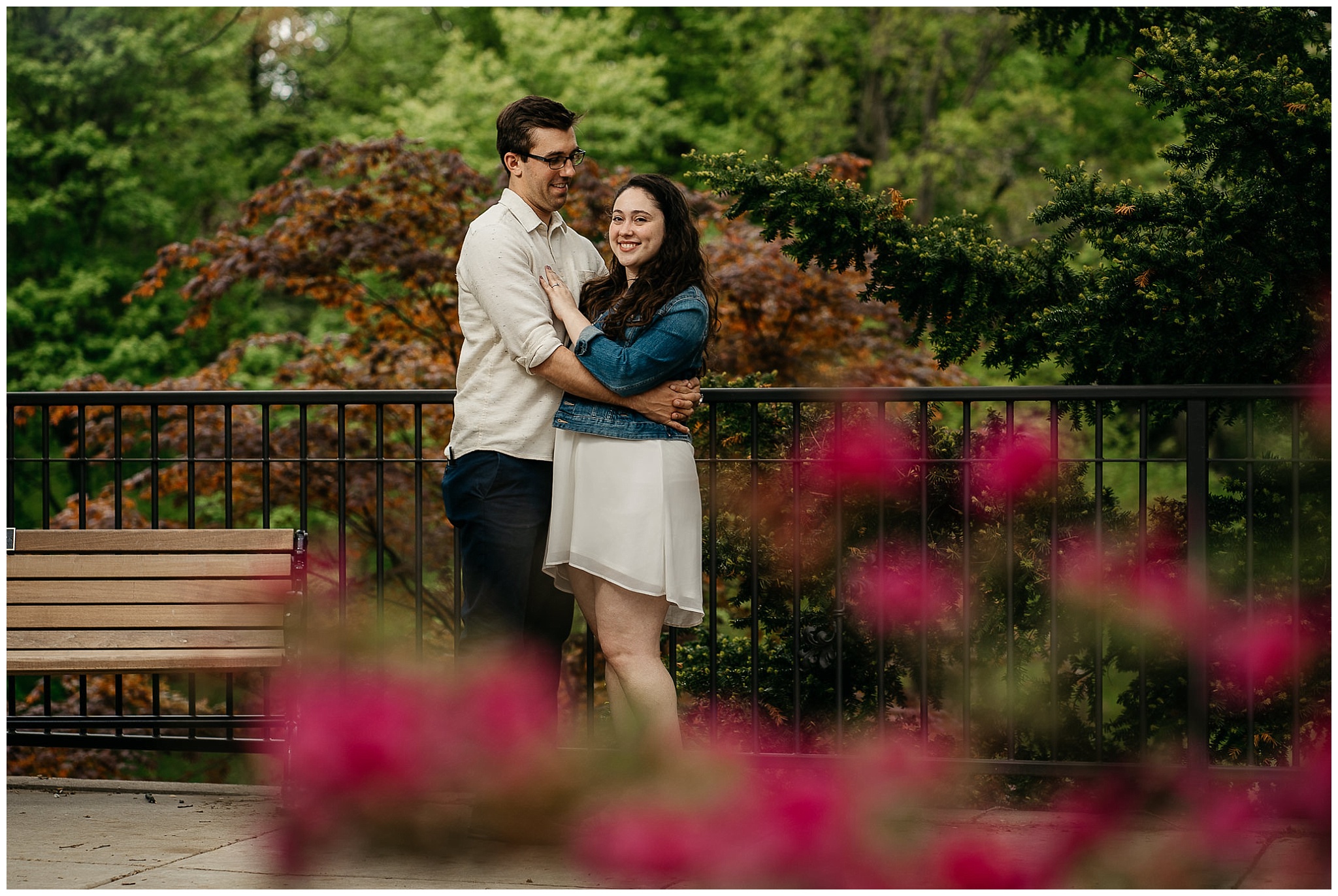 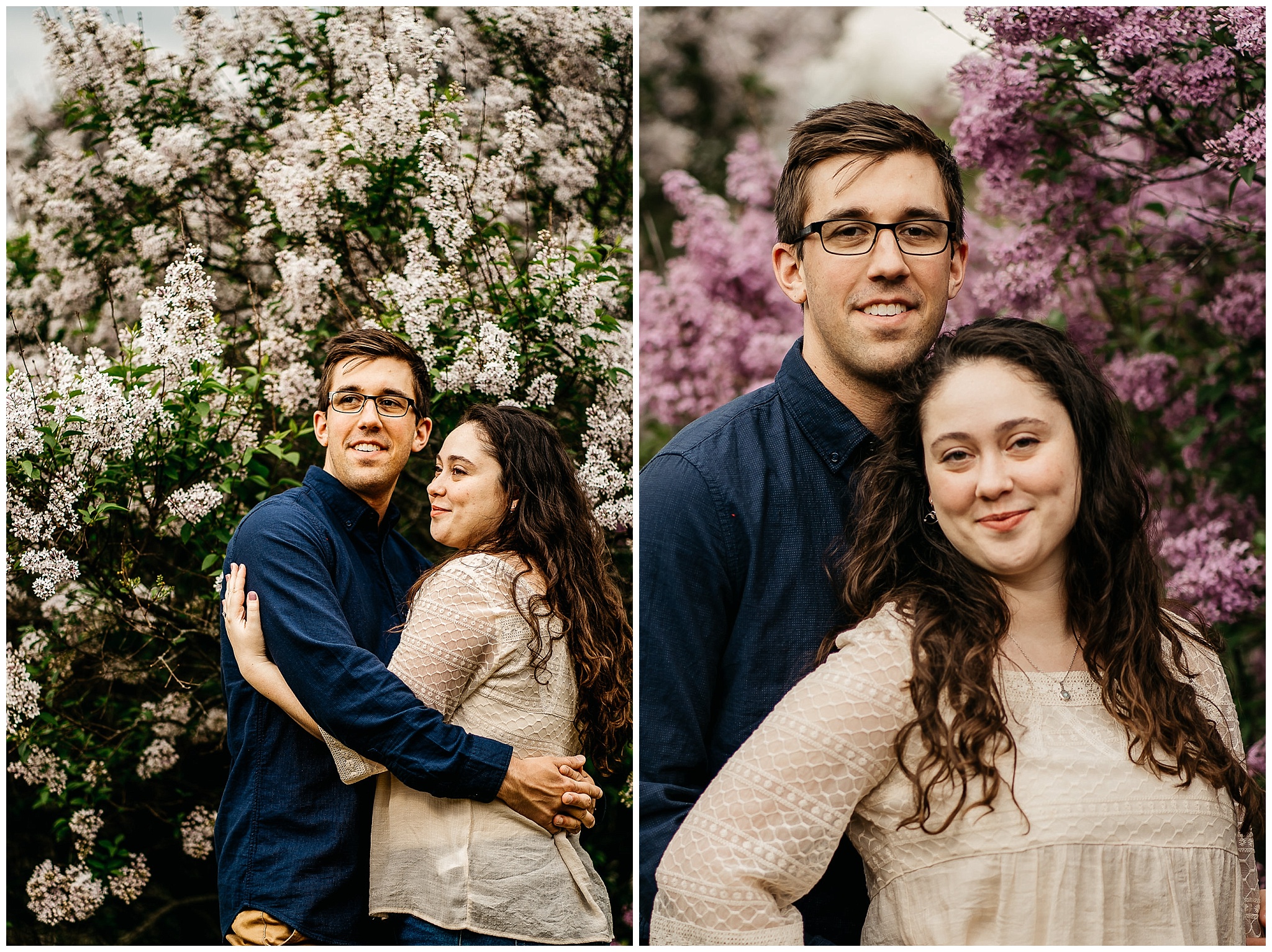 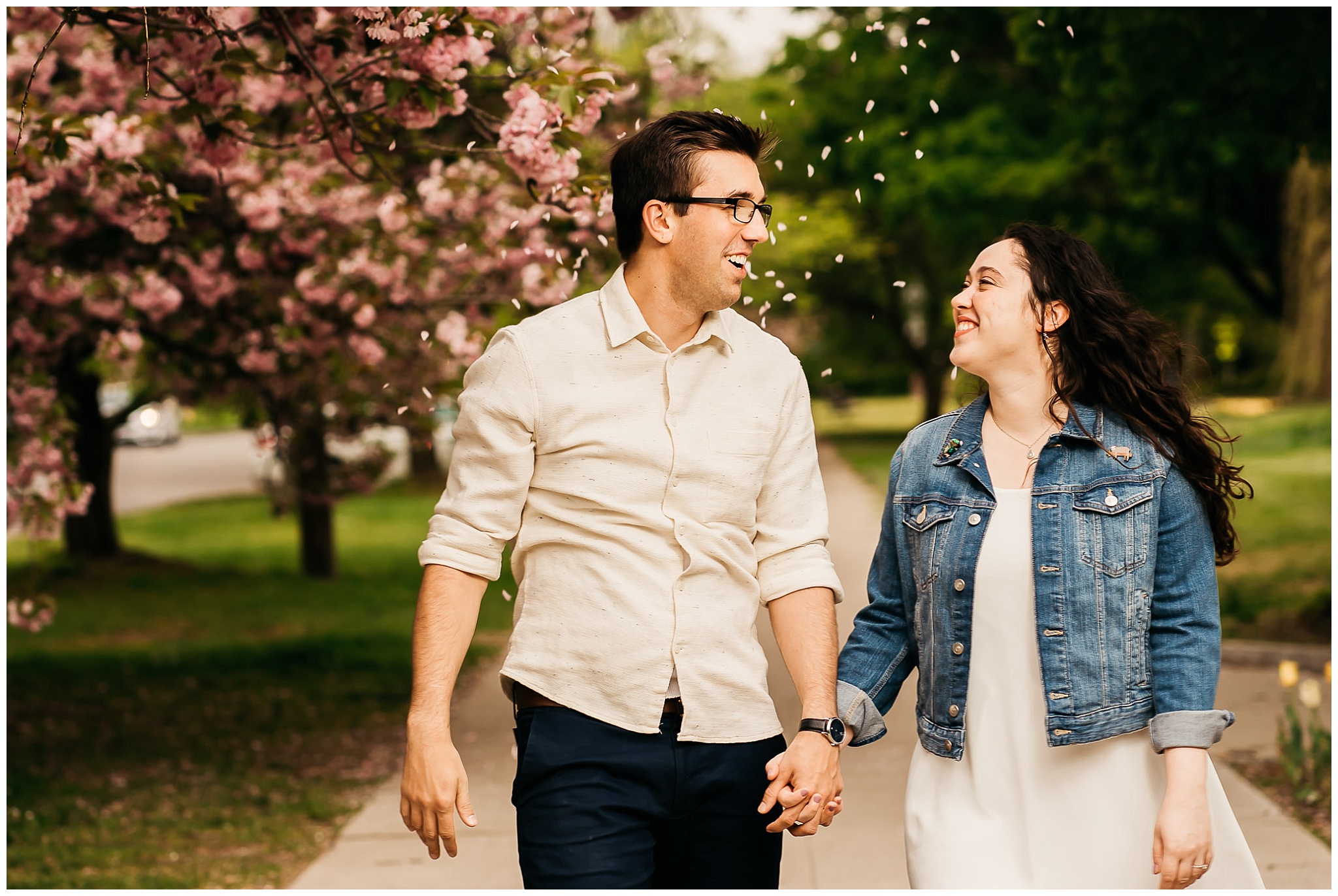