How they met
Ashley and Vann met 4 years ago while both working in the sales department for Kirby Vacuum, she says it was love at first sight for him. She admits now that she did have a secret crush on him, but it took him over a year to get up the guts ask her out. They dated for over 3 years before Vann popped the question.

The Proposal
Vann had planned on taking Ashley out to a romantic dinner and asking her to marry him in front of everyone (including her mom who would be hiding in a separate booth). He had it all figured out and planned down to the exact time and everything! That morning when they woke up Vann decided he couldn’t wait until later and asked her to marry him while they were still in their pajamas, drinking coffee. Ashley accepted, but then got mad at him for proposing to her in their Pj’s. They did later go out to their fancy dinner.

Their Big Day
Ashley had bought 4 wedding dresses and narrowed it down to 2 on the morning of her wedding. After Ashley’s hair and makeup was completed, she put both dresses on, one at a time of course, asking for everyone’s opinion, including me and my second photographer! Although the first dress looked beautiful on her, when she came out of her dressing room in the second dress our jaws dropped…. We all agreed that was the dress, and the confidence showed on her face.

Ashley and Vann’s wedding ceremony and reception was held at the beautiful Stones River Country Club and was originally planned for outdoor in their gazebo, but it was very cold out that day and she didn’t want to make her family and guest sit out in the cold, so it was moved inside. The beautiful natural light coming through the windows as well as the decorating her mom had done created a great holiday setting for her ceremony.

After the ceremony we all headed outside for pictures including family pictures, although it was chilly it was beautiful! We still had some fall colors, but also the Pine trees helped portray a winter wedding. Ashley said it was perfect because she couldn’t decide (much like the dresses) on if she wanted a fall wedding or a winter wedding, the weather and scenery complimented both seasons.

The Reception
The setting was beautifully decorated with accents of holly berries, pine, and lanterns, perfect for their first dance, which included the two of them and their 1 ½ year old son. Everyone had such a great time and danced the night away. Most surprising to me? Vann had some serious dance moves!
Best wishes Vann and Ashley, thank you for including us in your day. 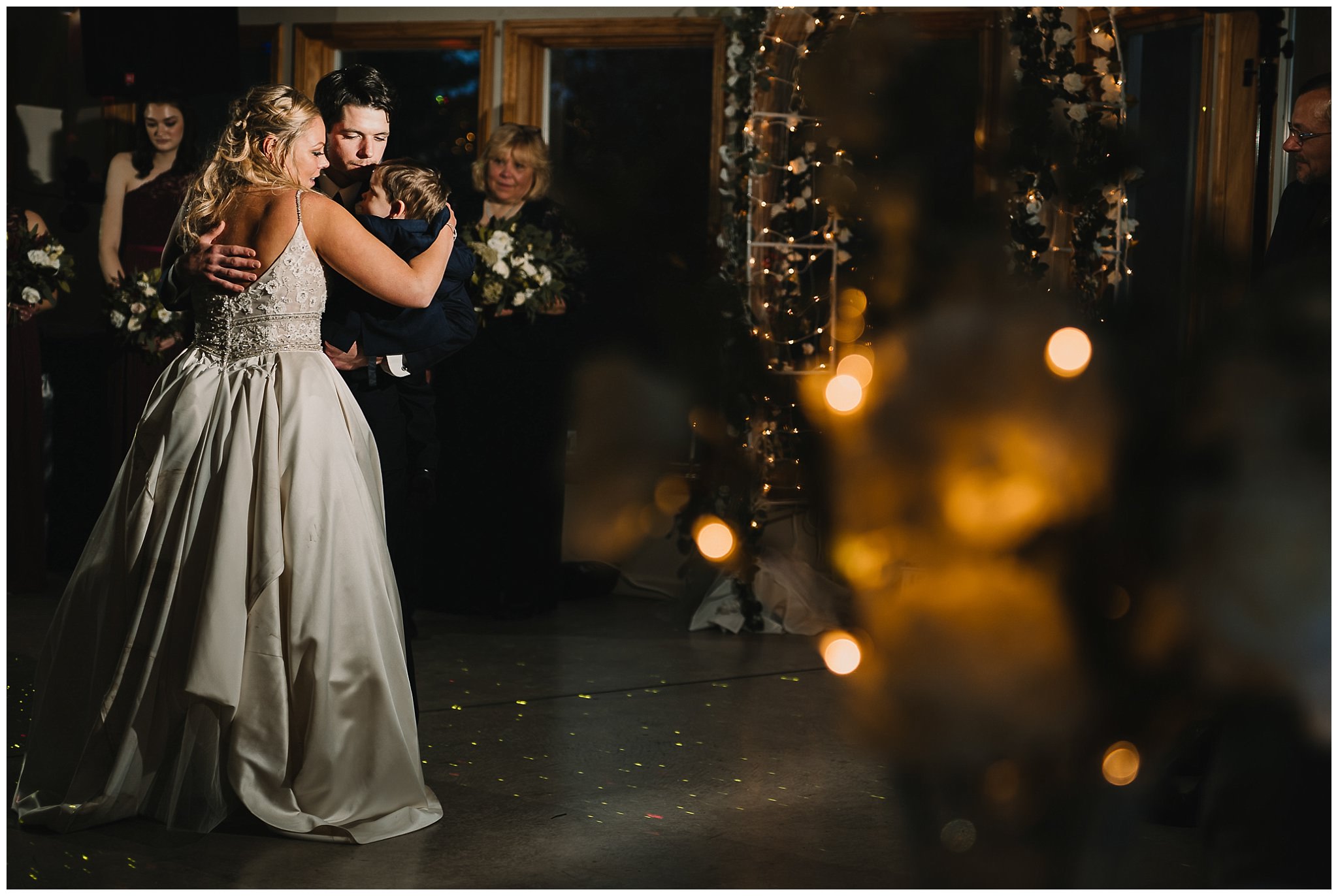 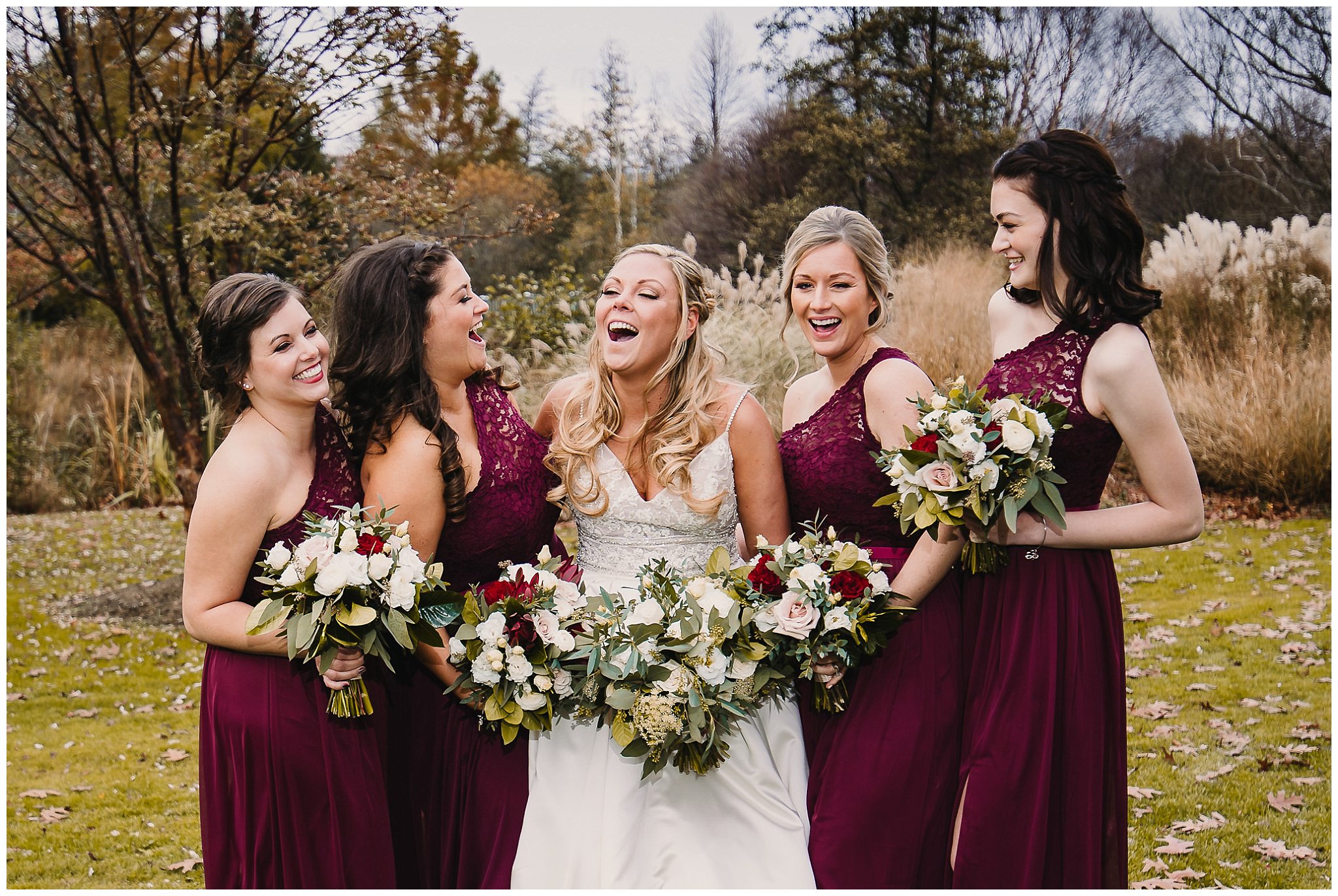 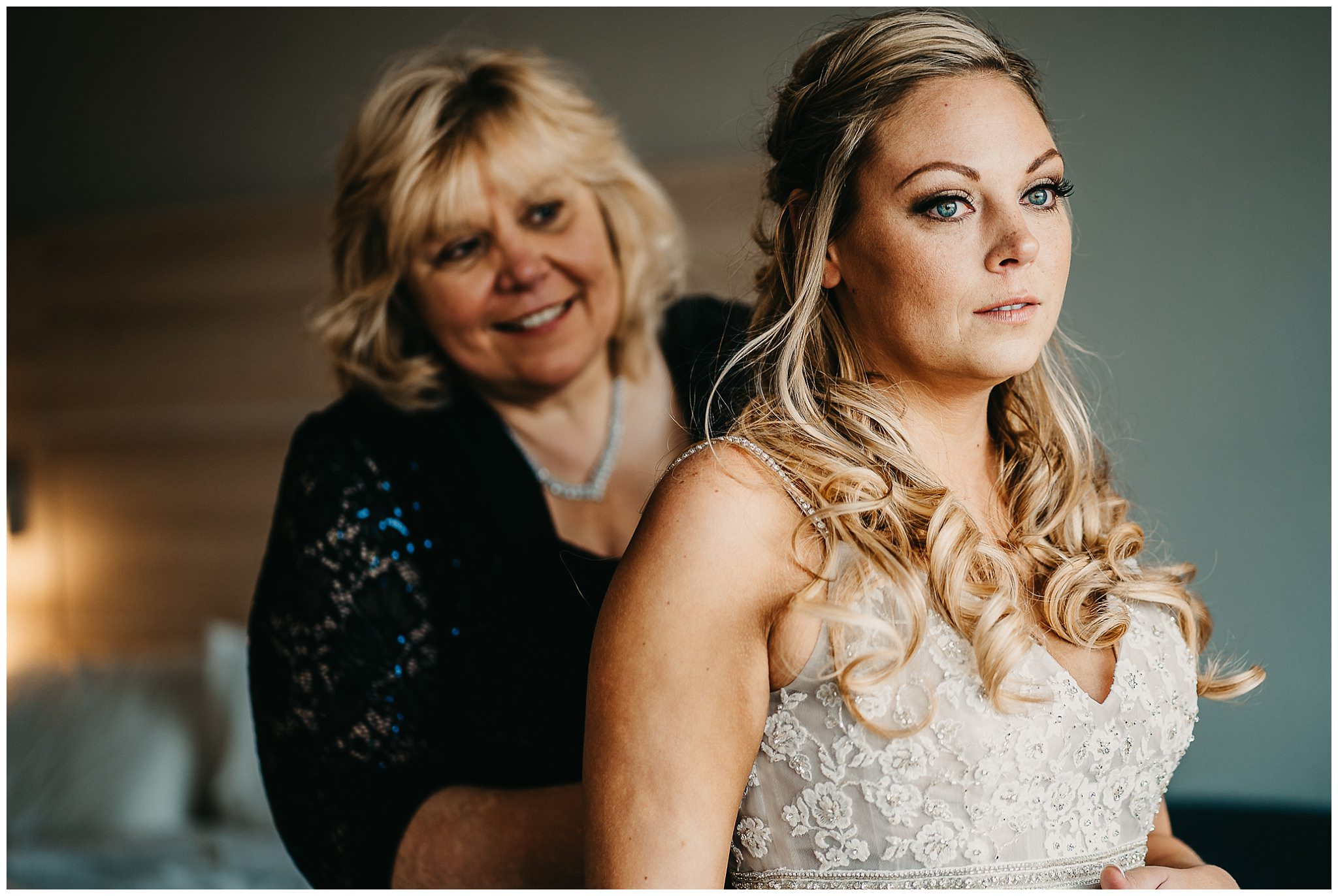 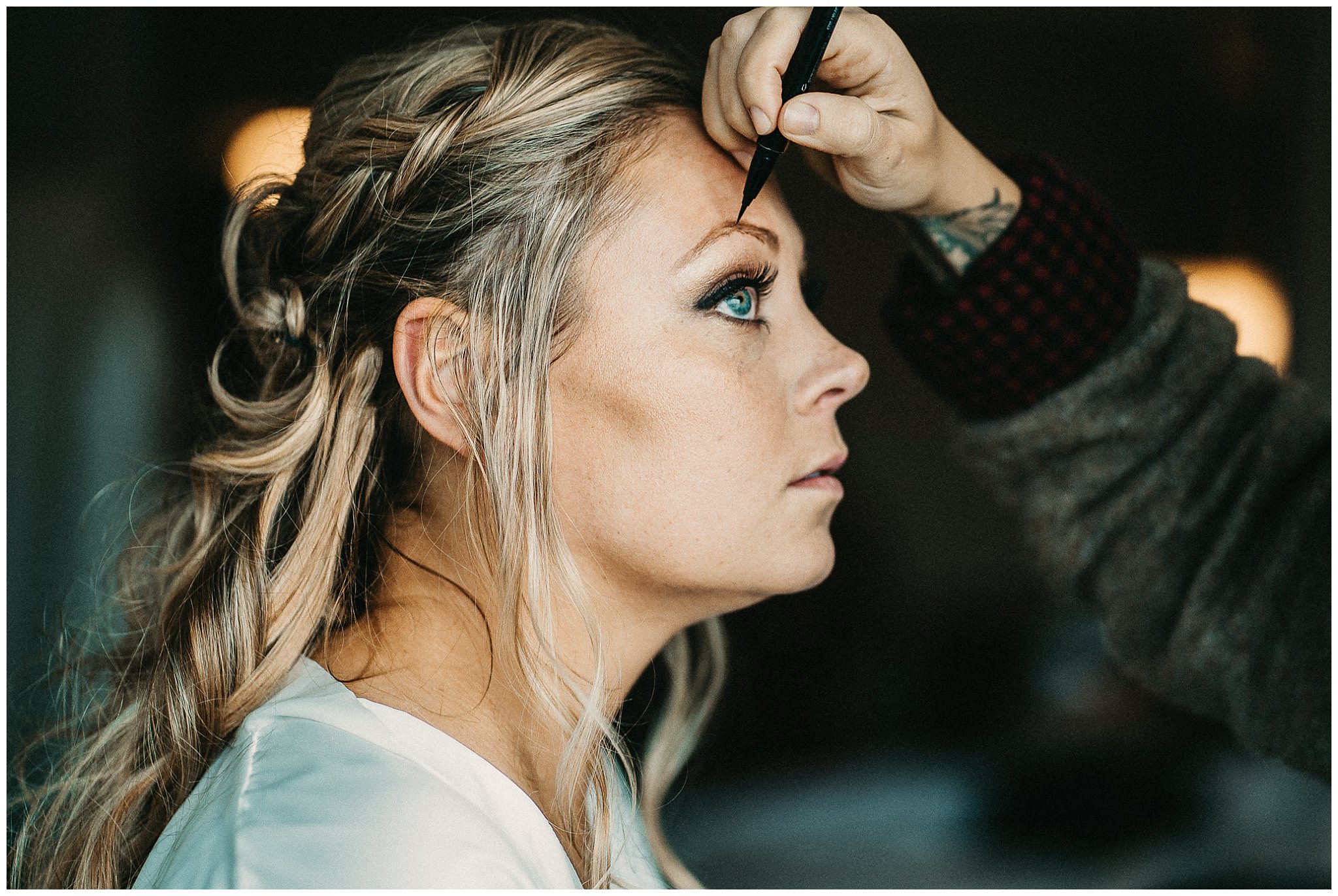